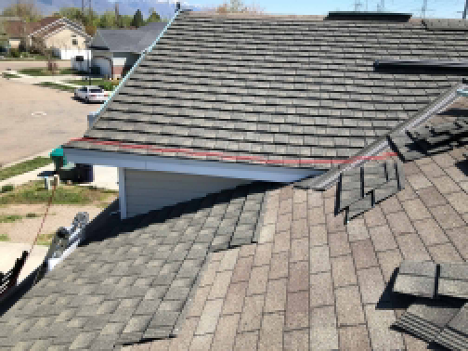 One of the top questions we get from contractors and homeowners about our stone coated steel roof tiles is “can a Tilcor roof be installed over an existing roof?”

The short answer is YES!

Tilcor’s concealed fastening system (CF) makes the re-roofing process super easy, cost effective and reduces overall waste. It also can save time, money and won’t open a home up to the elements during the process. Read on to learn how our CF system works!

The concealed fastening system allows the panels to be fixed directly to a plywood substrate, or to battens. As the batten fixing space can be matched to the old tiles, you can install the CF panels directly over your existing asphalt shingle roof. This makes Tilcor’s CF Shingle the fastest stone-coated steel shingle roof to install.

The concealed fastening system also adds a layer of protection, even in the harshest environments. Tilcor products are fire-resistant to the highest standards and wind resistant in extreme conditions, up to 120 PMH. A  UV-resistant coating is also added to protect from harsh ultraviolet rays. Worried about earthquakes? Tilcor is considered a “lightweight roofing system” and the interlocking panels mean the roof is less likely to give under structural pressure.

A lightweight Tilcor roof saves you money and time, whether it’s a re-roof or a new build.

Tilcor’s CF profiles have been carefully designed to preserve the familiar appearance of a traditional shake or asphalt shingle roof. A range of natural, weathered tones are available, so that you can recreate the rustic appeal of timber, or asphalt.

These profiles have been cleverly engineered to resolve the ongoing issues suffered by many homeowners with traditional roofs. The solution is largely down to the innovative concealed fastening system. Roofing panels interlock, resisting wind lift and fully sealing fixings. As all fastenings are protected from the elements, these roofs are watertight and reliable in a way that wasn’t possible before.

Other shingle roofs are prone to lifting, delaminating, and generally breaking down. This is caused by high winds and strong UV rays. In contrast, Tilcor’s CF profiles are highly durable, delivering world-class performance. 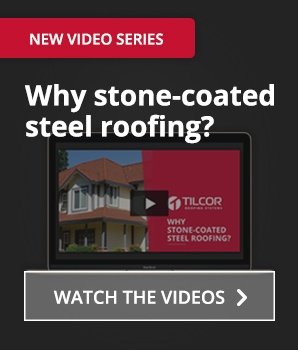