Although sometimes overlooked in this modern age, the risk of a house fire is still a major threat that needs to be factored in when securing the safety and health of your home. Along with keeping out the obvious weather elements, a non-combustible roof can provide a first line of defence against the house fires.

To give you an example of just how important a premium roofing-system is to the safety of your home, in this blog, we look at how a Tilcor shake steel panel roof in Poland saved a family's home from being destroyed by a ferocious fire and aided in containing the blaze.

Watch how Tilcor roofing products perform under rigorous fire testing in our video.

The property contained a mix of buildings including an old house, garages and other utility buildings which were burnt down completely with only a heap of waste remaining. There was however, a newer home on the property – a home that was saved by a Tilcor roof.

The home-owner tells us more about what happened.

“Even though the roofs of the destroyed utility buildings and the new house were connected along a 3-metre section, the fire didn’t spread from the buildings to the house. The fire was stopped by the Tilcor Shake steel tiles, which acted as a barricade. The steel tiles did not become hot or deformed; instead, it effectively prevented the flames from spreading onto the wooden roof structure.”

The fire was clearly a force to be reckoned with, and without the protection of the Tilcor roof, the new home would have faced the same fate as the other buildings on the property.

“The blaze from the burning buildings made all the panes in the windows crack; because of the heat, the door frames and doors were deformed; the Styrofoam from the north and west sides under the elevation melted and so did the soffits. And what about the roof? The roof stands, as if nothing had happened...”

Situated in the Polish village of Sromowce Niżne, the photo above shows the home when a Tilcor roof was installed in 2015. 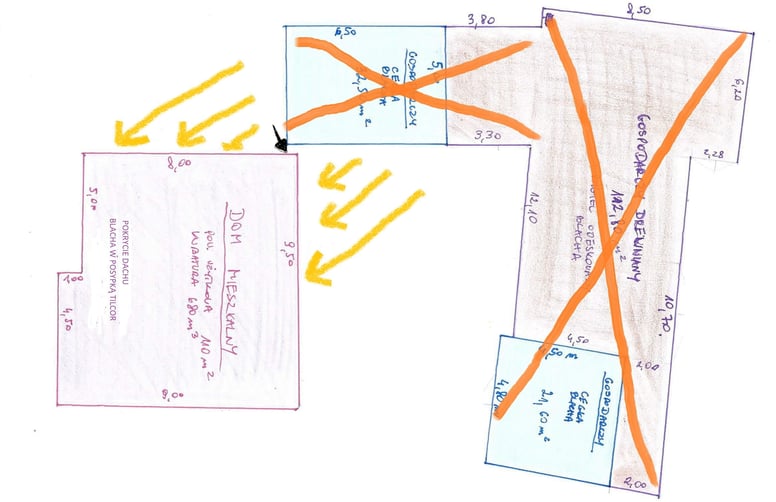 This floor plan of the property shows how the fire reached the surviving building. 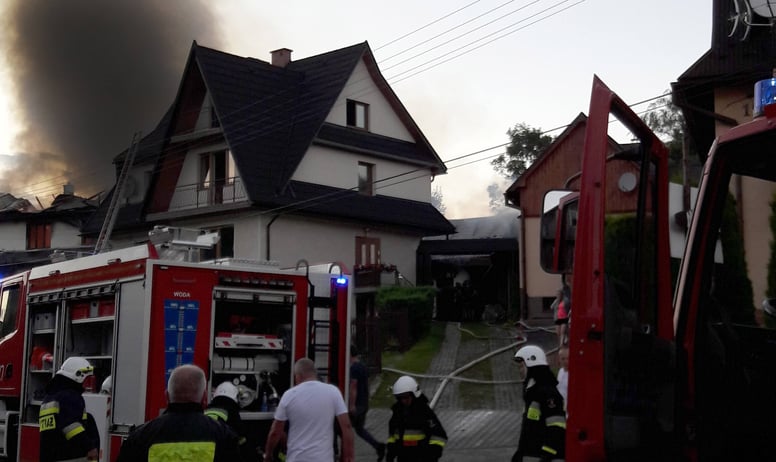 Tilcor’s shake steel was able to act as a barricade as buildings around it went up in flames. 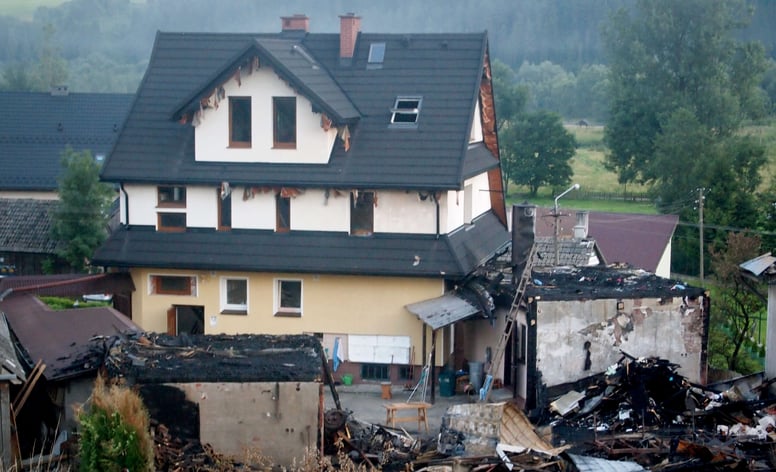 The home was saved by Tilcor’s phenomenal non-combustible roofing material.

Tilcor roofs are classified as ‘Class A’ Fire Rated. Known as the Standard Test Methods for Fire Tests of Roof Coverings, the rating includes the fire resistance performance of roofs that have been exposed to simulated fire sources that originate outside a building. This was also proven effective during a fire demonstration hosted in New Jersey by the Middlesex County Fire Academy and company M-Fire Suppression.

Tilcor roofs are classified as Broof (t1), ‘non- spreading fire material’, according to tests done by ITB (Building Institute of Poland) on Tilcor profiled steel sheets, with procedures given in PN-EN 13501-5+A1-2010.

Tilcor has gone through a range of international test reports and quality assurance including:

With its proven ability to withstand the harshest conditions, this demonstrates the trusted and outstanding reputation Tilcor has achieved worldwide.

Not only does Tilcor look amazing, it’s highly durable and is designed to perform under the highest of temperatures.